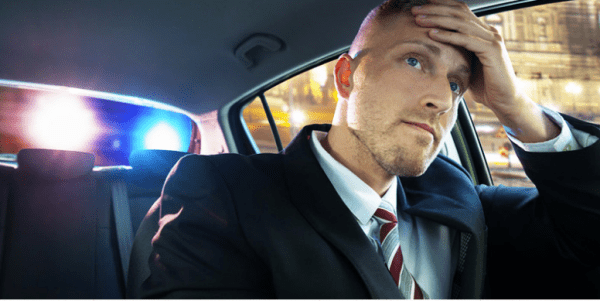 A client just left my office. He, like many others in Florida, is in a tough situation. He just received notice that he has been designated by the Department of Motor Vehicles as HTO. I am sure most of you have heard of this, but what is HTO? HTO stands for Habitual Traffic Offender. There are several ways someone can become HTO, but most often it is with three driving on license suspended or revoked cases in 5 years.

The statute that applies is 322.264 and it specifically defines “habitual traffic offender” as a person who on his or her record has three serious driving offenses (DUI or Driving on License Suspended, also known as DWLSR), or 15 conviction for traffic tickets, where points were assessed. All these have to take place within a 5 year period.

I want to specifically address the three DWLSRS within 5 years. First of all we need to remember that there are two types of Driving on a Suspended License: knowingly and unknowingly. Knowingly DWLSR looks like a traffic citation, but it is a criminal traffic citation and is issued after the person was given notice of the suspension. In a case of this sort, you would actually have to appear in court and enter a plea to resolve the matter or fight it to get it dropped. Many times, when we represent clients on DWLSR, and there are not defenses, we are able to get it reduced to a No Valid Driver License charge, so it does not count toward the three violations. What is tricky, and most of the time people don’t realize, is that even if the Judge withholds adjudication of guilt, meaning it is not a conviction, the case will still count towards the three Driving on License Suspended or Revoked within five years.

The second type of DWLSR is unknowingly, and that is a civil citation. So, it is a traffic ticket that would be issued at a regular traffic stop, no one goes to jail. However, this is the one that gets people all the time. What do most people do with traffic tickets? They just pay them. Of course, it is not a good idea, on any traffic ticket, because it will automatically be considered a plea of guilty and points will be assessed. But it is especially a bad idea on a DWLSR unknowingly traffic ticket, because once you pay it, it is a conviction for the purposes of the DMV and it will count towards the three within five years convictions that the DMV looks for. The trick here is to have Adjudication Withheld and avoid a conviction, and this way it will not count. Like I said, most people don’t have a clue about this difference and they just diligently pay it.

What if you got three unknowingly DWLSRs within 5 years, you just paid the traffic tickets, thinking you were doing the right thing. You get a notice in the mail that you have been designated HTO and your license will be suspended for 5 years! Also, please realize, that getting another criminal charge of DWLSR while you are a Habitual Traffic Offender, is a felony of the 3rd degree, punishable by up to 5 years in jail and up to $5,000 fine.

When clients call me about a situation like this, they are devastated by the notice. No one can live in Jacksonville, or for that matter in Florida, without a driver license. An HTO suspension truly jeopardizes the well being of the whole family, and we try to go in and fix the situation.

The way to approach this is to try and “undo” one of the convictions, whether civil or criminal. Civil citations maybe easier to deal with and could be your best bet.

The client that just left my office is a vivid example. He had 2 criminal driving on license suspended charges in two different counties in Florida, followed by a civil traffic citation for DWLSR in Duval County. He entered pleas on both criminal charges and took care of the sentence, and just paid the civil one, thinking he was finally good to go to get his license. He got a notice in the mail that he is HTO. So, I am going to attempt to “undo” the civil citation and try to get an Adjudication Withheld.

Kate Mesic is a criminal defense attorney in Jacksonville Florida, helping clients with a variety of criminal traffic issues, DUI, traffic tickets and expungements. For a consultation on your HTO case, please call our office at (904) 619-2510.